MARAZION is probably better known as the resort which contains the imposing but fairytale, St. Michael's Mount. The castle, which is the home of Lord St.Levan, is  a National Trust property and is reached via a causeway at low tide, and by a gentle boat ride at high tide. It's an outing which shouldn't be missed during your stay in the village. 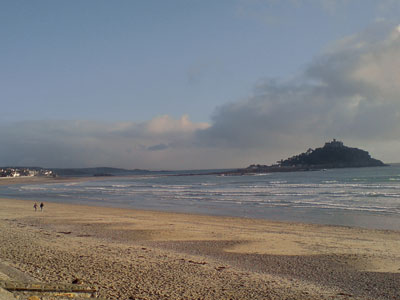 The village is ideal for a family holiday. The long sandy beach is very safe, and a short walk along the dunes will enable you to find a private sun trap. Nearby Chapel Rock and Marazion Harbour are fun places to spend time and, at low tide, there are rock pools to explore which keep young ones happy for hours, as will the well equipped play park. Facilities for sailing and windsurfing are excellent. The Mounts Bay Sailing Club is two minutes away, and it is possible to arrange for boats to be kept in their pen. At the far end of Marazion beach there is a windsurfing school, and it's certainly a good place to learn when the conditions are right.

Marazion has a wide variety of small shops - art galleries and eating places, pubs and general stores. There are large supermarkets only a couple of miles away and the village is on a frequent bus route running to Penzance. 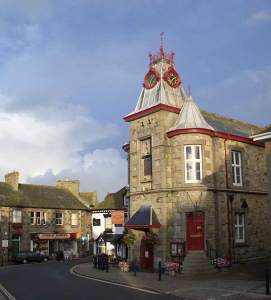 You can easily spend your holiday in Marazion without going anywhere but the village is a good base for exploring the beautiful West Penwith peninsula and the Lizard area. The places we've mentioned here are all within a 12 mile radius of Marazion and there are many, many more.

If you travel to Tresco Cottage by train, you will arrive at the end of the line in PENZANCE, just three miles away from Marazion and a five hour journey time from London Paddington. The ancient market town of Penzance is one of Cornwall's most popular towns and has a good selection of shops, a subtropical garden and several historic houses amongst the interesting mix of Regency and Georgian architecture. 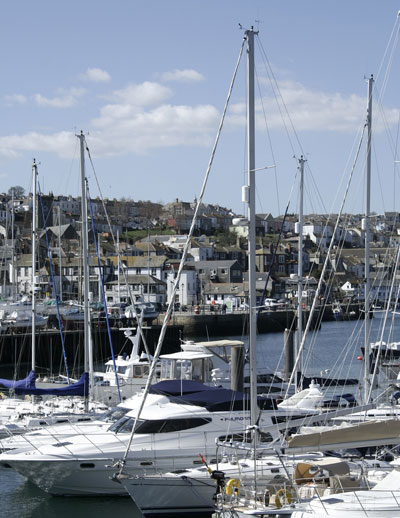 There are many restaurants and art galleries in the town. Penlee House Gallery has a fascinating collection of paintings by the Newlyn School and the Lamorna group of artists and is well worth a visit.

Penzance enjoys the most temperate climate of the British Isles and you can enjoy the refurbished Art Deco open air swimming pool which is on the attractive seafront promenade, as well as take in a visit to the Trinity House's national lighthouse museum down by the harbour area.

A rugged headland protects the lovely natural harbour of ST.IVES and it has grown to become a prime seaside resort. There are three beautiful beaches - for the best surf, try Porthmeor Beach. You can leave your car at St. Erth and take the regular train along the coast to St. Ives, a beautiful ride and it saves you any parking problems. Get off the train at Carbis Bay and walk along the coast to Porthminster Beach, one of the best bathing beaches in the area. St Ives has been the home of many famous artists and sculptors and potters and the Tate Gallery is a showcase for some of their work. The narrow winding streets house many unusual shops and a craft market. 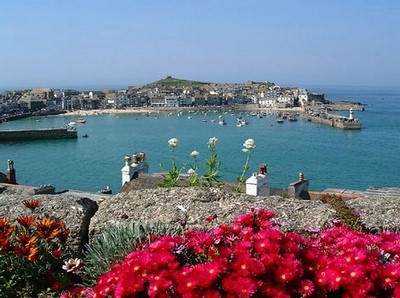 Drive to the hamlet of TREEN, towards LANDS END, and then walk along the finest stretch of the long distance South West Coastal Footpath that runs right round Cornwall from end to end. Follow the stream down to PENBERTH COVE and from there the path climbs up to the cliffs, past PEDNVOUNDER and on to the more accessible cove of white shell sand around the corner at PORTHCURNO, overlooked by the Minack cliff top theatre. This open air theatre runs a full programme of shows from May to September. 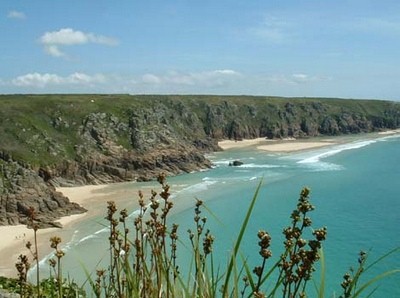 The coastal road from Penzance leads round to NEWLYN and MOUSEHOLE. Both villages are lively fishing ports built around a horseshoe harbour. Mousehole is tiny and very picturesque. Newlyn has a long established art and craft colony, an art gallery and good fresh fish available to buy. 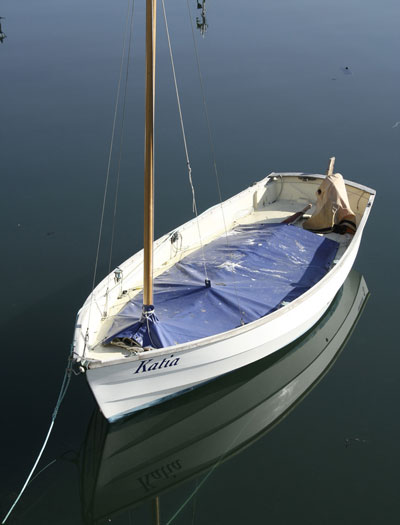 The coast curves from Marazion and the Mount round to the LIZARD Peninsula. Kynance Cove, on the tip of the Lizard Peninsula, is just beyond the 50 degree line of latitude, the only part of mainland Britain to be so far south. On the Eastern side is the sheltered cove of Cadgwith, a clutter of thatched houses wedged in the cliffs. The town of HELSTON hosts the May celebration of the Furry Dance as well as having the popular attraction of Flambards theme park nearby. On the upper reaches of the Helford River is Gweek which is home to the Cornish Seal Sanctuary. Seals are rescued from the battering of the sea or the polluted environment and kept until they are healthy enough to be released.

Hopefully, this brief snapshot will fire the imagination and encourage you to visit this wonderful area with its beautiful scenery and terrific variety of attractions.